Sony Announced a Limited Edition Uncharted 4 PlayStation 4 bundle which will be released in April. The 1TB console features a silk-screened image of Nathan Drake, a physical copy of Uncharted 4, and a matching blue DualShock 4 controller. 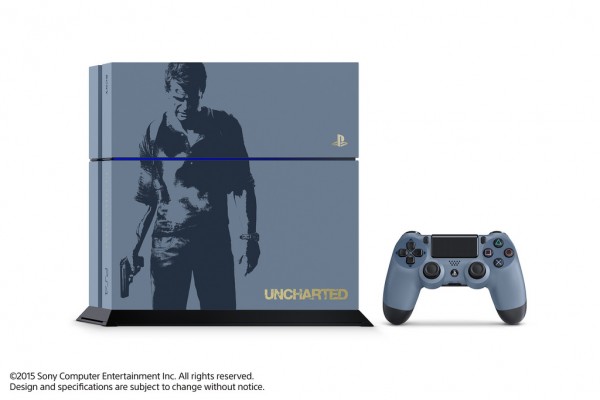 The bundle is $399.99 and includes a 500GB console w/ silk-screened image and gold script, the game, and a custom controller.

Preorders are now being taken, and if you do put some money down early on the system you’ll get a voucher for an Uncharted: Drake’s Fortune outfit, a gold weapon skin, and points for the game’s multiplayer mode.

However before the games official release you can also nab some other products such as blue/gray controller for $64.99 in early March, and Sony is also selling a limited-edition gold wireless headset (also in early March) for $99.99.