Epic Games and NVIDIA made the first public demonstration of Unreal Engine 3 running on Windows 8 tablets.

In it we see the application of Citadel , which had risen earlier to iOS and Flash , running in real time on a Windows 8 Tablets Asus Live Tab . As said Mark Rein , this demonstration implements all the advantages of DirectX 9 working perfectly on Tegra 3. addition, because it is the complete implementation of Unreal Engine 3 , this means that developers using the engine on other platforms have more facilities to transfer their games to Windows RT or Windows 8 , so it will not be long before some high-profile ports are announced. For now you can check the demo video below. 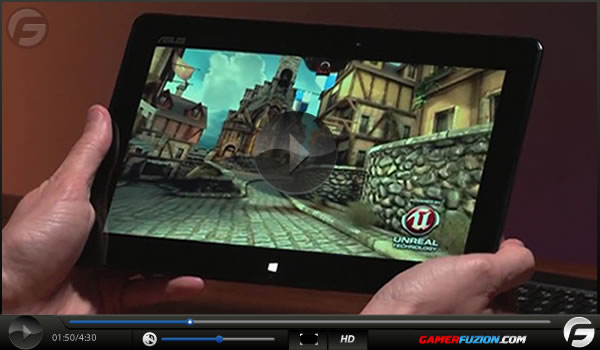 Look how smooth and vivid the display is with very minimal lag or glitch effect. What the first game you want to play on tablet Mass Effect, Batman, Gears of War, Unreal Tournament let us know on the comments below.

DiRT 4 could be on the way