According to photographs that have emerged online, Rockstar Games is already starting the advertising campaign for Red Dead Redemption 2, as in US stores like Best Buy or GameStop already can see decorative items advertising of this title open world inspired by The western

After his revelation in October, many fans already looking forward to the return of the saga Red Dead Redemption and its sequel. At the moment not much is known of the history of the game, but its teaser trailer showed to us that it will probably arrive for the autumn of 2017.

The decorative boxes and the posters that you will see below, only show us what we already knew, that the game will arrive in the fall of 2017 and that you can start preordering the title that will be coming to Xbox One and PlayStaiton 4. Not yet confirmed A PC version of this title. 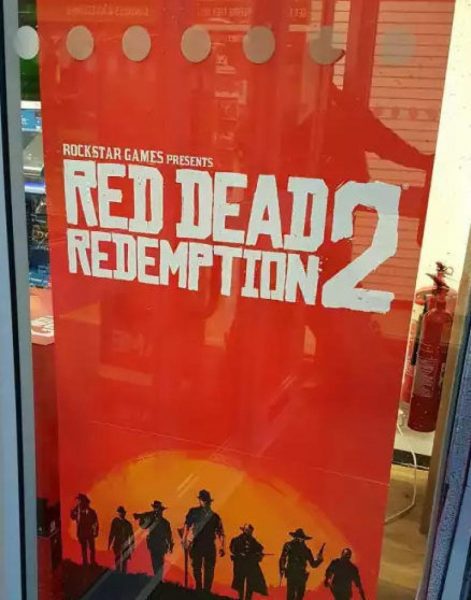 “With  Red Dead Redemption 2, the team is working hard to push forward our vision for interactive entertainment in a truly living world,” said Sam Houser, Founder of Rockstar Games, noted when the game was announced.  “We hope to deliver players an epic experience that builds upon everything we’ve learned making games.”