WHERE TO FIND POKÉMON?

Pokémon GO follows almost the same rules of Pokémon as to where you can find creatures. For example, in areas where no grass is likely to find some kind of Pokémon, whereas in a place where there is only asphalt, you find another.

This will identify on the map of the game; for example, places with lots of grass usually parks or even ridged. Rivers, where supposedly no water type Pokémon are rare, however, if your city passes a canal, there is a good chance that the map detect it as a water area and allows you to get some Pokémon there.

Another detail that you should not lose sight of is what Pokémon is near. In the bottom left of the screen a box that tells you what creatures are closely notice appears. The more legs have the Pokémon, the farther it will, but right now there is a kind of bug that prevents see exactly the distance that is every pocket monster.

In Pokémon GO there are many items that you get when you go through the Poke Stops  and as a reward for achieving certain levels.

Poké Ball . There are 3 forms: the common that everyone knows who comes in red and white; super which are blue with white, have red accents and can capture Pokémon more easily; and Ultra, which are black with white, with splashes of yellow and almost certainly will catch the creature you want.

Reliving . They are yellow diamonds which serve to your Pokémon war dead can return to life.

Raspberry berry . It is a small fruit that helps to easily capture a Pokémon in the next release.

Incense . It is a fragrance around you and attracts wild Pokémon for 30 minutes. According to expert studies, a Pokémon every 5 minutes, whereas if you move, you get a Pokémon every minute if you stay static displays.

Lucky Egg . According to the description of the game, it is an egg full of happiness that makes you earn double experience for 30 minutes.

Module bait  Pokémon attracts a Poke Stops for 30 minutes. Other people nearby can benefit from the effect.

Camera . Used to take pictures of wild Pokémon that are in the way.

Hatchery . It is an apparatus in which an egg will hatch after you scroll distance is incubated. All coaches have unlimited use. When you level you get incubators that have no use limit. 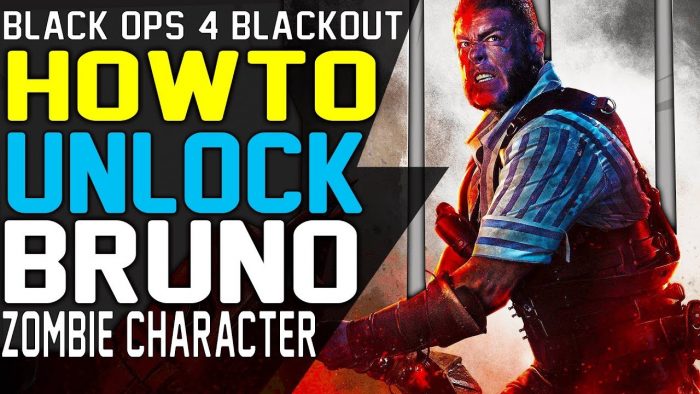 How to Unlock Bruno in Blackout Zombie Characters