Of Orcs and Men will help you gather all the achievements in the game. 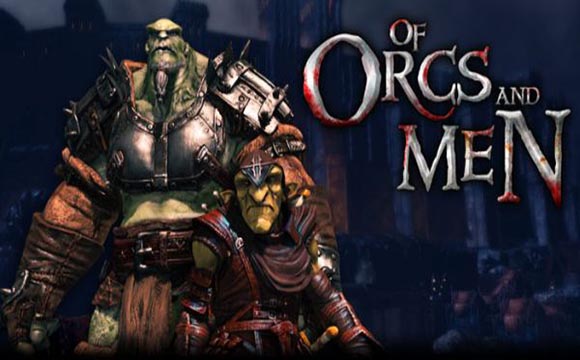 You support the local weapon trade. That’s… well, nice of you.

King of the arena 10

You fought like a lion and ended up victorious in the Row.

The Imperial officer in the Monastery seemed to be of good faith. Just to be safe, you offed him.

You have a delicate tendency to break the bones of people who get in your way, so congratulations.

So you went digging around in every corner to find at least twenty chests to empty, huh?

Jack of all blades 30

You hit eight enemies with a single blow. Huh, not bad.

You were able to find the best people for your squad for the assault on the Pillar.

You chose to improve one of your Skills before you learned another one. Kudos for that.

You don’t like wasting perfectly good poison, so you cleaned your blade off on 3 different enemies.

You only wear upgraded equipment. It’s a matter of reputation.

I know a shortcut 5

The good thing with shortcuts is that they are faster. It would seem you got that right.

You cut short the Goblin invasion in the shantytown. Pretty violently.

You pulled your girlfriend Brune out of trouble. She owes you a massage for that.

You got even with the Trainer. And he got dead.

You avenged your friend and killed the mad Shaman. He’ll guide the dead himself.

You showed those Black Hands who’s the boss.

You finally got past that damn Wall ! Well done !

You avoided a miners’ revolt. Thanks to you, they will be able to die for a nobler cause.

You sent Styx to introduce his daggers to the sentinels of the Mire. He thanks you.

You didn’t feel like letting Gorkash bore you with his bull, so you cut him off.

You have imposed your authority by taking out all opposing Orcs. An age-old method that still works.

In a spirit of forgiveness as heroic as it was delusional, you decided to spare Dakath the traitor.

All this for that 15

You had to put up with a pile of enraged Goblins, but you got your flask of water!

The beast and the beast 5

Garok is now your friend for life. Now that’s a sign of upcoming great conversations!

You showed that big-mouth Braggart that when he blows his own horn he’s talking to the wrong guy!

You made sure to put together a special team to assault the Pillar from the Mire.

You managed to escape the Mire. With the chick, too.

You decided to forget your past to devote yourself to a career as an Assassin. Enjoy.

You decided that black magic isn’t so bad, especially when you’re the only one who knows it.

You turned Arkail into a berserk monster. More than before, that is. And it went well. For some.

You helped Arkail control his rage. Those of his friends and family who are still alive thank you.

You’ve gone through nightmares, but now you’re finally setting off for the Island of Laments.

You’ve killed Emperor Damocles. Which is nice to hear, ‘cause that was the idea in the first place.

You have taken on the most formidable warriors in the Empire. Apart from you, of course.

You killed the Emperor again, and set fire to the Tower. Maybe you should stop now.

You dealt with all the trials in Of Orcs and Men like a berserker.

You handled your first quarrel like… an Orc. Well, you sure got into your character!

You allowed Styx to calm things down before Arkail went berserk. Literally.

Nice move, you sliced up a boss without a single auto attack!

To each his branch 10

As a good specialist, you’ve decided to learn every skill in a single tree.

As a good master, you’ve decided to learn and perfect each Skill in a single tree.