During the year 1997, came one of the strangest video game universes. As its name suggests, Oddworld video games took bizarre creatures with personality and a very peculiar style that would seal their creators Oddworld Inhabitants. The first game of the series, Abe’s Odyssey felt completely ahead of its time: its cut scenes are almost looked like something from the future telling a story that, in the hands of its gameplay, offered a high level of stress over an impatient player.

What is a remake? ‘s not just about upgrading cut scenes, graphics and animation, but re-imagine a game , take advantage of the hardware platforms for which it is made ​​and, respecting the legacy of the classic, I make a fresh product and universal interest in new audiences to be targeted. Then diving into the dangerous, abrupt and bizarre scenarios of New ‘n’ Tasty, remake of the classic Abe’s Oddysey that arrived to the PS4.

In Oddworld Abe’s Odyssey take the role of Abe a Mudokon that (like many of his kind) is worker / slave of Rupture Farms, the processing plant’s most important game universe meat. All goes well, until the curious Abe discovers by accident that his kind are the following candidates to be processed as food in a new sandwich. Knowing this secret it cost spend Abe employee of the year at most persecuted Mudokon planet.  All the game will try to escape and help others escape too.

This is a platform game puzzles really complicated. If we add to the classical technological limitations of his time, had controls that needed to be handled skillfully, perhaps not allowed anyone dared to take this difficult challenge.

Unlike other games in which the protagonist feels powerful, full of skills and weapons against enemies, Abe’s Odyssey really the feeling of being a fugitive slave and transmitting threatened everywhere. With no weapons, your brain (strategy) and stealth, would be key to escape the levels and save your kind, something that does seem to have the two sides optional and challenge of perfection for the most enthusiastic players.

The remake of Abe’s Odyssey we arrived with New ‘n’ Tasty includes several changes that make a game more accessible on one side and new challenges for veterans on the other.

Improvements to the Mechanism

First of all, there was an adjustment to the controls; although Abe animations and movements are virtually the same as in the classic 1997, in New ‘n’ Tasty everything flows much less stiff. Each movement or motion that you run feels completely responsive and relevant to what you really want to do.

Part of the gameplay of the game implies that you talk to Mudokon you meet to follow you to the portals of the saving escape from slavery. While the classic you can just guide your colleagues one by one, this time you can drive as many as you can, very comfortable yet challenging.

Before, any misstep was a certain death; in the remake Abe was given a health bar, something that allows you to survive some attacks and oversights if timely escape. This added another layer to the overall strategy of the gameplay and gave the game more accessible. The variations in the difficulty revolve around placing checkpoints, the artificial intelligence of the enemies and the presence / absence of additional traps remake.

As expected, the enemies are smarter in this remake. Your stealth strategies should be much higher and even if you have the new health bar, any small mistake can cost you dearly.

There was slight adjustments in the level design. We noticed very noticeable changes in some of the puzzles that made ​​us feel like this remake something fresh; seems that the constant was exactly make adjustments where needed. Despite such changes, provided the essence and the pattern of the original game was respected, which makes this remake has a classic flavor, while it becomes a new experience even if you are someone who spent several times the game Original.

The rescue of the mudokons is completely optional, but it hurts to know that if you leave behind will become sandwich because of you. The number increased to 299; even if you can guide them in a group, have the additional challenge of being the savior of many more individuals.

The use of the Analog Stick

The controls were adapted completely to the DualShock 4 leveraging the capabilities of it, such as using two analog sticks for actions such as throwing grenades.

I am obsessive people who love leaderboards and see how your name ladder to positions of honor thanks to your efforts. Already you dominated the game? Do not worry, the way to the top of the ratings for your time will be an additional long-term challenge.

Despite changes in the gameplay, the complete transformation of Abe’s Odyssey in this remake is noted in paragraph graphic and believe me, the result is surprising. Oddworld New ‘n’ Tasty is one of the most beautiful game I’ve seen in the Flexible graphics engine Unity to 1080p and 60fps in thePS4.

The attention to detail in each of its levels is remarkable. I’m surprised how re imagined each of the scenarios of a flat two-dimensional game in beautiful settings in 2.5 D full of life, textures excellently maintained and detailed decorative elements that make us see the world of Oddworld as never before had done.

We realized that New ‘n’ Tasty does full justice to what we call remake and at the same time, it becomes a product copy when thinking about classic games re imagined for a new generation. The remake of Abe’s Exodus blows my mind and makes me think of the way they could see many classic titles if they had a similar treatment. 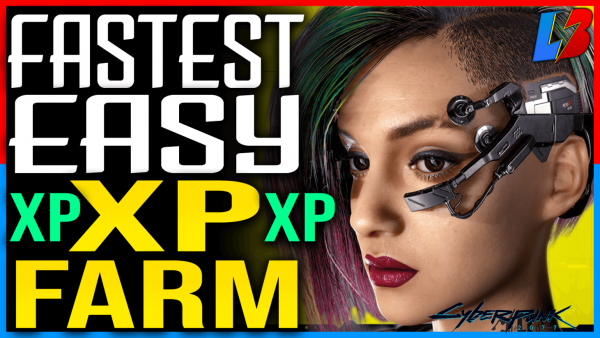