Square Enix announced today that World of Final Fantasy will have a collector ‘s edition and revealed all that it includes, as well as its price. The company also announced that the RPG will have a limited version and a Day One.

World of Final Fantasy Collector’s Edition will cost $ 120 USD and will be available only through Square Enix Online Store. This version includes a hardcover book with 80 pages, the game disc, the original soundtrack of the title, and a set 3 minifigures: Cloud, Lightning and Squall and digital content. As if that were not enough, also it contains a pop-up book with paper cut 3D. 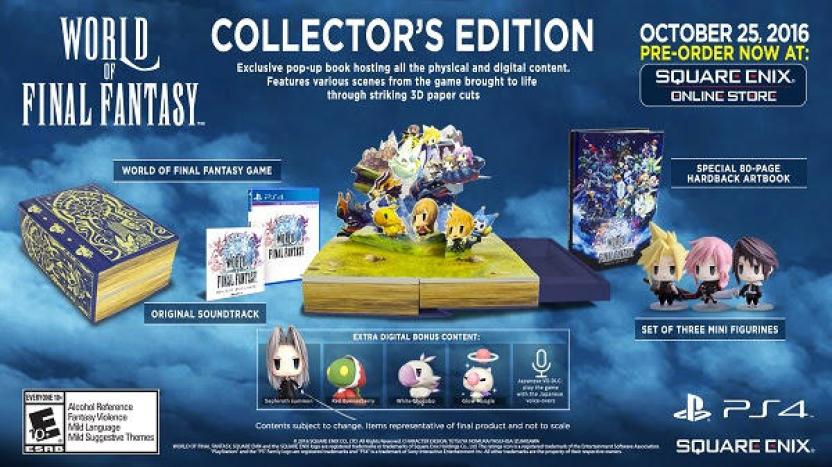 Destiny Banshee-44 will be your Weapon Parts dealer