Madden 15 controlling the defensive line in War in the Trenches 2.0

In the latest Madden 15 video tutorials, will show you how you can control the defensive line in war in the trenches 2.0. This upgraded feature will show you better way to do plays, passing, blocking interactions and much more for both Xbox One and PS4.

Madden NFL 15 raises the bar even further with War in the Trenches 2.0, including all-new pass rush mechanics for both finesse and power moves, as well as new disengage and block shedding animations. Featuring dynamic offensive line sorting and shifting, as well as hundreds of new blocking interactions, line play was a top priority on Xbox One and PlayStation 4.

PRE-PLAY FIDGETS
The improvements are obvious before the ball is even snapped, as new animations replicate the pre-play behavior of an NFL line of scrimmage. Each position group has their unique set of fidget animations to prepare them for the snap of the ball.

POWER PASS RUSH
In Madden NFL 15, Players can now trigger power pass rush moves by pressing the X/Square buttons while engaged with a blocker. These moves used to be triggered by flicking the R-Stick, which sometimes felt unresponsiveness. With the new controls, players will have more control and ability to get off blocks. Use these moves with powerful linemen like J.J. Watt, Chris Long and Julius Peppers.

OFF THE LINE
Some of the NFL’s best pass rushers like Robert Quinn, Robert Mathis, and Von Miller use their quick first step to get off the ball and gain an advantage by timing the snap. That’s now possible in Madden NFL 15, as players can make successful (or unsuccessful) speed rush moves by pressing RT at the correct time during the snap. However, mistiming the move will result in a slow first step and a win for the blocker, or even an offsides penalty.

DISENGAGE AND CONTAIN
Contain the scrambling abilities of quarterbacks like Robert Griffin III and Colin Kaepernick by keeping them in the pocket and getting off blocks when they try to leave the pocket. New QB Contain pass rush logic and animations have been added so that defenders will pressure the quarterback while keeping the outside of the pocket contained.

Pass rushers can now easily disengage by pressing A/X while moving the L-Stick away from the blocker. Playing defense offers much more control and responsiveness when attempting to get off blocks. 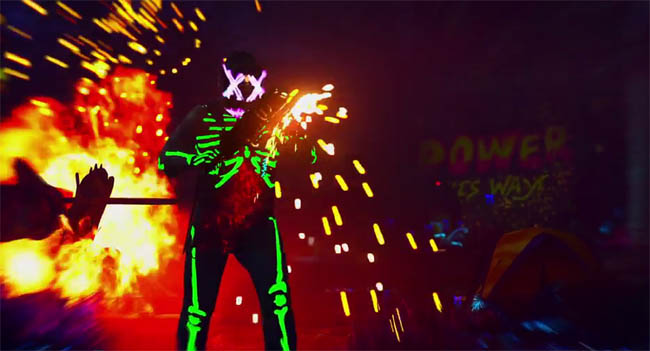 Rave in the Redwoods Zombies How to Kill Rave Slasher