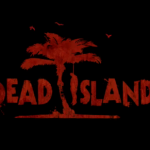 The dead island is a survivor mode melee video game where you will need to survive all the zombie attacks and fight your way through some many levels.

You will choose from one of the 4 immune survivors, you will sustain the horrors on the dead island run and fight for your life in more than 30 hours of gameplay, very large maps  and lots of zombie killing.

In honor of dead island here are some cool zombie movies that you can watch to get you ready for the video game:

The stories of zombies is not new to the film industry and neither for the gaming world but we have here Dead island which is main focus is on killing zombies at all cost to survive. Check out our video Review.

Before I started playing the game I wondered if going through all the zombie killing, surviving attacks and going through so many levels would be satisfying. Well I was not too surprise, and I will give dead island a rental.

During the game you will practically do a couple of things which is surviving zombie attacks or fight zombies by killing them or running away from them. You will also have a change to upgrade weapons and go through different side quest. During the zombie game you feel like this might just be you last time playing the game as the game makes you feel that you have to survive just like the black ops zombie maps.  During the game you need to upgrade weapons, like putting nails through a bat. As a shooter game it fails because guns are the less weapons you use, you mainly concentrate on melee attacks. Watching the movies that I have suggested above one thing is that you need to always go for the head to kill the zombies completely.

The graphics, melee combat attacks don’t feel  and look natural, graphics take some time to load in the game and the things like body parts going through doors and wall are a huge flaw with the technology that game developers have. The sound does its job on trying to scare you to run for your life but besides this the game sound was okay.

Dead island is  a game that zombie many zombie lovers will like or dislike but those who don’t like zombie games this game is not much fun as too many repetitive things to do during the entire games gets you bored. Remember to kill a zombie you always need to go for the head and I give this game a 7 out of 10.