The technology will be a key element in future wars, In Crysis 3 Prophet (the protagonist of the first game) uses a Nanosuit that gives him superhuman strength and endurance. It is a sophisticated armor also has the ability to generate shields and become invisible for a limited time (pressing the L and R triggers). Thus, our role in the battlefield changes from that of a simple soldier to a hunter stalking his enemies, sowing confusion between two warring factions: the corporation Cell and Ceph invaders.

The plot and scenarios retake many aspects of Crysis 2, almost as if it were a “remake”. The seven levels of the campaign mode (which will provide about five to eight hours of play) are set in the New York city, destroyed by aliens and turned into a jungle. Even some situations are recurrent “memorable” as a big wave sweeping the stage (this time, at the outbreak of a dam) to see how the most emblematic buildings collapse or the-foreseeable-raid on enemy installations.

In general, all scenarios have an open design that allows us to face the battle from different perspectives infiltration clashes “face to face” leveraging the powers of the suit, or like a “shooter” conventional. Luckily, the system of checkpoints , which made ​​things more difficult in the second installment, has been fixed.

Prophet has a destabilizing weapon: bow an arrow. In principle it takes some getting used to use, but the fact that it doesn’t reveal our position as it cloaks , and that it has interchangeable heads (spikes penetrating, explosive, electromagnetic pulse …) makes it our best ally. The ammunition is limited, but we can collect the arrows from fallen enemies or ammo case set along the maps.

If you prefer the use of firearms , we can modify it in real time with telescopic sights, chargers and accessories for the barrel. And if we chose the Ceph technology, it will offset the power shortage of ammunition. Nor many small sections that we pilot a jeep or do gunner aboard an aircraft VTOL with a futuristic design .

Like I’ve already mentioned, the campaign is short , but it is quite repayable, and has spectacular moments. Special mention for the character of “Psycho” that accompanies us through most of the game (he was the protagonist of Crysis Warhead ) and we build a friendship and rivalry that evolves along the main mode.

There are two types of multiplayer games . For one thing, Crysis 3 features six classic modes (team battle, war flags, all against all … ) in which players are equipped with nanotsuits. Overall, the experience is very similar to Halo , for large levels and resistance to fire, and also has a ranking system and unlockable upgrades. But more interesting are asymmetric modes , as Hunter and Assault in Cell troops faced against soldiers equipped with Nanosuit (armed with bow) and are more strategic.

Yes the technology is key to the development of the game, it is no less when it comes to the technical aspects. Crysis 3 with a stunning performance on the xbox 360 an PS3 versions, with great lighting effects, water treatment and IA very neat (although not perfect). But when you try the PC version is where the CryEngine 3 gives the best of its self, with a finish that never ceases to amaze us, so you can guess for sure that it will be the next-generation games.

Leaving aside the graphic display (which you can also be enjoy in 3D), which makes Crysis 3 on an outstanding experience is the feeling of “playing” with the enemy from the superiority point of view with your Nanosuit. The many uses of the Nanosuit, freedom of action and the technical section (a true prodigy PC version) are the main virtues of this “shooter” but unfortunate that the similarities with the previous game and the minimal duration of the campaign, even thought replayable, do not let the game go further. 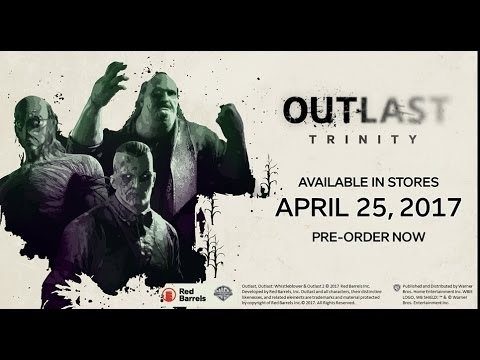