The new map pack for call of duty black ops has been leaked just like Escalation pack for Black Op was leaked a week before it was officially announced. 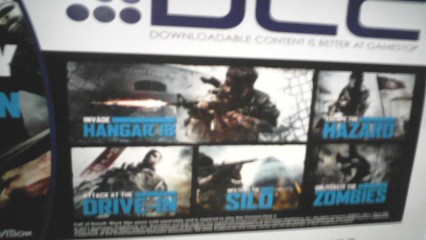 We are not sure where the images was stolen or taken from but form analyzing it looks like it came  from GameStop due to the "Downloadable Content is better at GameStop" text. The left part of the promotional poster is cut off, meaning that we're still unsure about the name of the pack or its release date. The image is also quite blurry, but we'll do our best to list the map titles.

It is also said to have the following features.

New Perk in Call of the Dead

New Weapons in Call of the Dead

Please let us know what you think.

Sniper: Ghost Warrior 3 will have open beta on PC